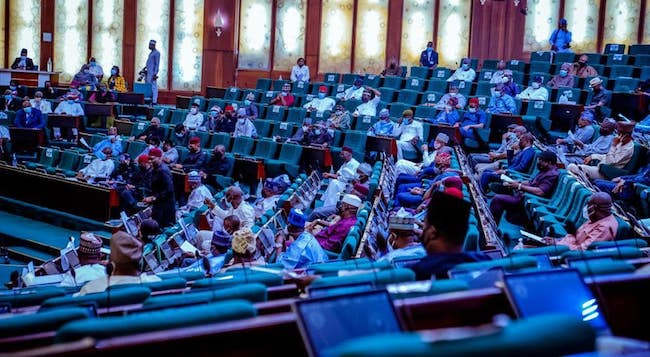 The House of Representatives Committee on Petroleum Resources (Upstream) has threatened to summon President Muhammadu Buhari over the circumstances surrounding the revocation and re-award of Oil Mining Leases (OML).

The Chairman of the Committee, Musa Sarki Adar, on Thursday, issued the threat during his discussions with the Minister of State for Petroleum Resources, Chief Timipre Sylva, concerning the alleged wrongful revocation of Oil Licenses and their re-issue to other companies.

The warning followed the failure of the Nigeria National Petroleum Corporation (NNPC), Addax Petroleum Company Limited, Kaztec Engineering Limited, and Salvic Petroleum Limited, to honour their invitation by the panel and make their submissions on the subject.

Present at the hearing on “Circumstances Surrounding the Revocation and Re-award of Oil Mining Leases (OML) 123, 124, 126 and 137”, were Sylva, the Director and Chief Executive Officer, Department of Petroleum Resources (DPR), Sarki Auwalu and other heads of the Ministry’s agencies.

READ ASLO: DPR kicks off first licensing round for marginal oilfields after 18 years

Making remarks shortly before the closure of the hearing, Adar summoned afresh the NNPC, and the oil companies involved in the transaction to appear in two weeks, noting that failure to appear will result in the panel summoning Buhari, who doubles as the substantive Minister of Petroleum Resources.

“ADAX Petroleum, NNPC, and SINOPEC are given two weeks to appear before the Committee; if they don’t, we will invite the President, because he appointed himself as Minister, approved by us, so if they do not come, we will invite him. And I know that as a law-abiding President, he will come,” Adar said.

The former Governor of Bayelsa State and Minister, Mr Sylva in his response earlier, told the committee that the revocation of the licenses involving Addax Petroleum, Kaztec Engineering Limited and Slavic Petroleum Limited, and SINOPEC, was in order and legal.