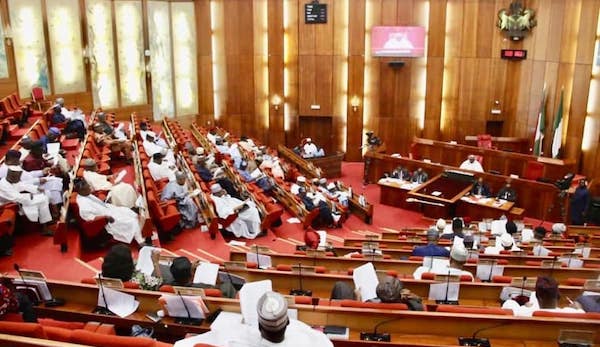 The Senate on Tuesday stopped the Nigeria Postal Services (NIPOST) from collecting tax on behalf of the Federal Government.

This followed the passage of the Nigerian Postal Service (Repeal and Reenactment) Bill 2021 at the plenary.

A section of the bill barred NIPOST from engaging in tax collection in the country.

It effectively restricts the agency to only postal operations in the country.

The bill also unbundled NIPOST by creating a commission to regulate its affairs.

The development has ended the month-long controversy between agency and the Federal Inland Revenue Service (FIRS) on the collection of stamp duty on behalf of the government.

The Chairman of Senate Committee on Communication, Senator Oluremi Tinubu, who presented the committee report, said the sub-clause (1)(a) under clause 3 in the bill deals with the Establishment and Membership of the Governing Board of the Public Postal Operator.

According to her, the bill was amended to give the NIPOST Governing Board power to formulate policies and adopt strategies for the overall development of the postal sector.

She added that sub-clause (1)(b) was deleted as the Board cannot borrow or raise funds for the entity while sub-clause (1)(c) was amended to align with existing legislation.