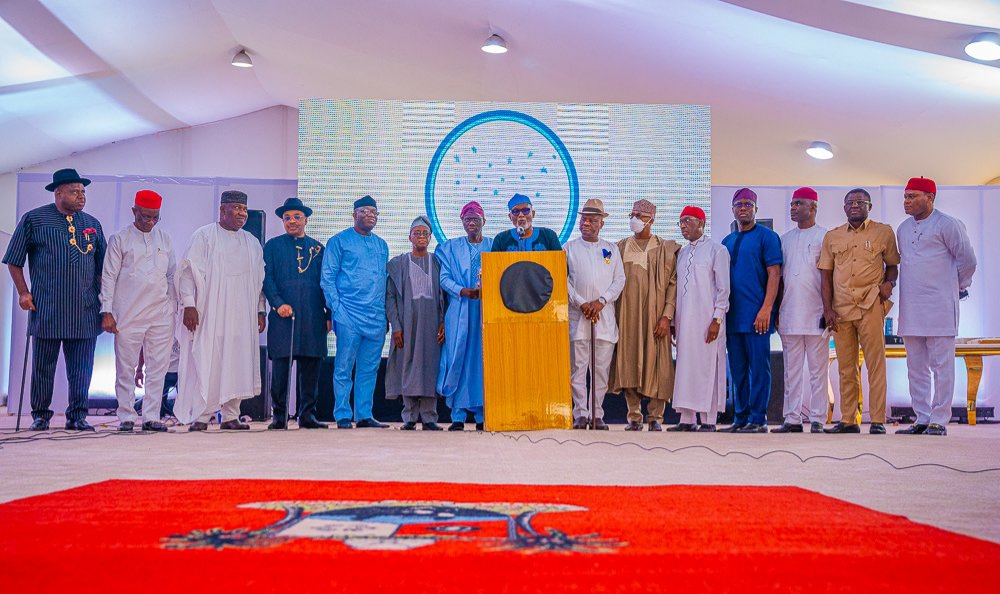 Reaction trailed the attack by bandits on Bethel Baptist School in Maraban Rido, Chikun Local Government Area of Kaduna, where many students were reportedly abducted at the early hours of Monday.

The bandits reportedly invaded the school at about 2a.m on Monday, shooting sporadically in the air before kidnapping the students.

Parents of the abducted students have since taken to the streets to block the highway, demanding the release of their children and wards from captivity.

A picture of a parent kneeling before a broken wall reportedly used by the bandits to evacute the students from the school has evoked emotional responses from social media users.

These reactions followed the development:

The resolutions from the meeting of Southern Governors in Lagos State on Monday have elicited varied reactions from Nigerians.

According to the communique released, deliberations by the forum centered on the 2023 general elections, where members unanimously agreed that the South must produce the next President of the country.

It also rejected the ‘fraudulent’ ban on electronic transmission of election results by the National Assembly and insisted on the passage of the Petroleum Industry Bill (PIB).

The governors also set September 1 as the date for the commencement of the ban on open grazing in all member states and chose Lagos state as their permanent Secretariat.

The decisions reached by the governors, especially on the anti-open grazing law has received high commendations from most Nigerians. Many however hoped that the resolutions would yield positive results in the region.

A man has decried the substandard construction work ongoing in the Akpo Igarra, Akoko-Edo Local Government Area of Edo state.

In the viral video which has garnered varied reactions from social media users, the man could be seen raining curses on legislators who have failed to represent their constituencies ‘well’, while inspecting the construction work.

He noted that politicians executing low-quality projects despite being heavily funded by the government are to blame for the underdevelopment experienced in most constituencies and not President Buhari.

He further stated that those demanding praises for executing low-grade projects would not get his applause as the “something is better than nothing” mentality would only do the nation more harm than good.

Here are the reactions we got from social media users: