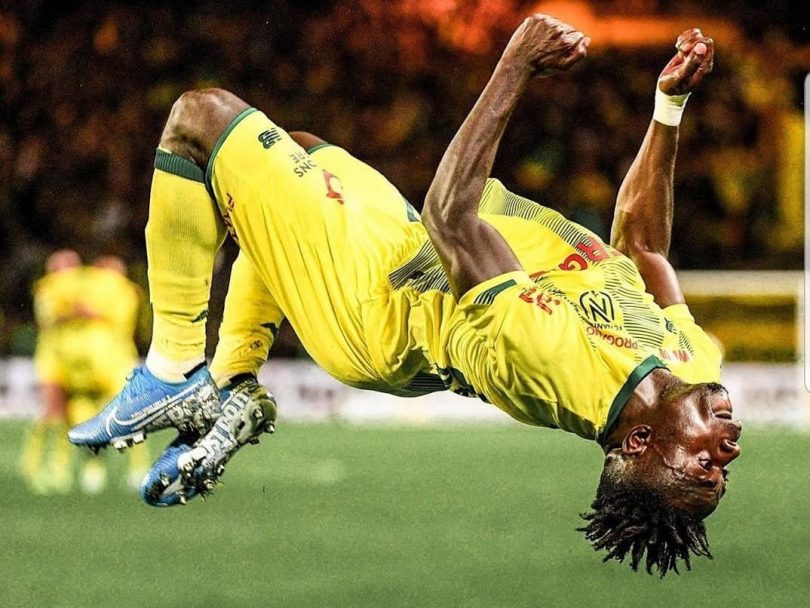 Super Eagles winger, Moses Simon has been named the Player of the Year at French topflight club, Nantes after a superb season performance.

The 24-year-old polled 40% of the votes by the fans of the club to win the award.

Due to the coronavirus pandemic, the French League had ended prematurely, with PSG crowned champions while Nantes finished on 13th spot.

Simon, who was on loan at the Ligue 1 side from Spanish club Levante, says he is honoured to have been awarded the title.

Read Also: Simon announces arrival of second baby. See what he wrote about his wife

”Thanks I m honoured 🙌💚💛,” he wrote on his Twitter handle.

The former KAA Gent of Belgium player scored nine goals and provided eight assists in 30 appearances across all competitions for Nantes last season.

Following the superb performance, the club this week triggered the option to sign him on a permanent deal.