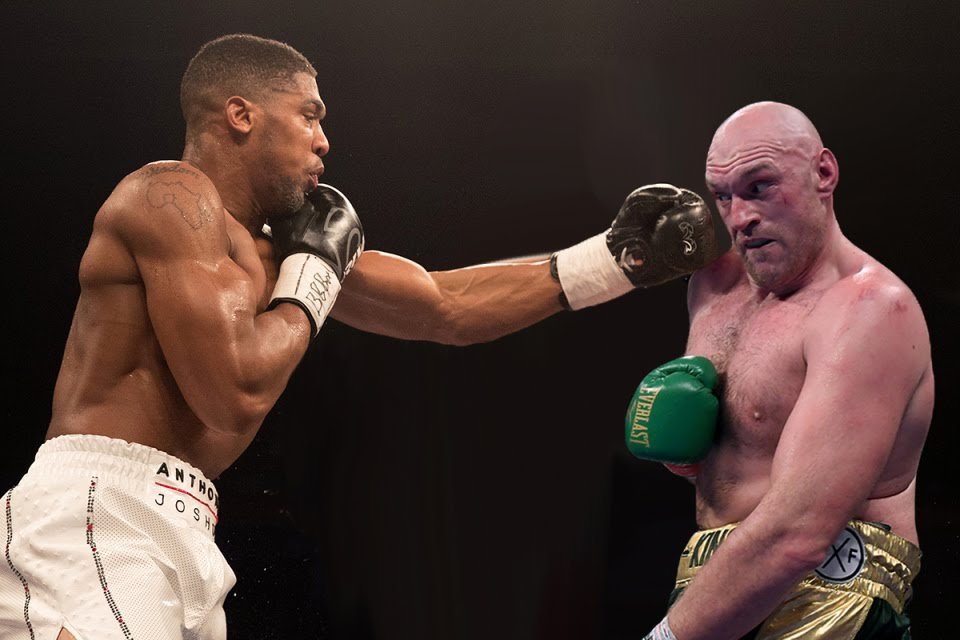 Whether or not there would be a fight between British boxers, Anthony Joshua and Tyson Fury, will be decided in a couple of days.

This was revealed by boxing promoter, Eddie Hear, who says he is looking at the possibility of the showpiece holding in May next year.

The win paved way for a possible bout with Fury, who holds the WBC world heavyweight title.

Hearn said negotiations could start on Monday and the fight could be the first in history for all four heavyweight titles.

“There is no reason we cannot complete the deal and then move on and solve the other problems,” Hearn said.

Asked how long realistically it would take to complete the deal, Hearn replied: “A couple of days.

“We need to write to the governing bodies and say yes we have a deal and we will now talk to the various sites and confirm the dates shortly for what I suppose will be the end of May.”

However, there are some potential issues, including if Fury is forced to fight Deontay Wilder for a third time, while Joshua could be told by the WBO to face mandatory challenger Oleksandr Usyk.

Hearn, who said he does not see the WBO as a hitch only the third match between Fury and Wilder, added that the Joshua vs Fury fight was “an undisputed fight” and “should be the toughest fight out there, but I’ve always fancied him (Joshua) to beat Tyson Fury, always.”

Katsina student who escaped from bandits says 520 were kidnapped