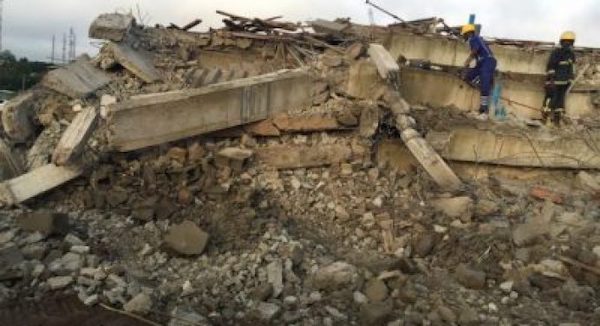 A two-storey building under construction in Abuja collapsed on Saturday morning and trapped 10 persons with one seriously injured.

The incident occurred at 10:40 a.m. behind Dawaki Modern Market in Galadima area of Abuja.

The seriously injured victim was among three persons immediately taken to a nearby hospital for treatment.

The Director-General of FEMA, Alhaji Idris Abbas, who confirmed the incident to journalists, said emergency response was swiftly activated immediately the agency got the distress call.

“10 persons were trapped, three were rescued and were taken to the hospital while others are okay,” he said.

The FEMA chief also advised builders to desist from contravening the building plan as approved by the development control department of the FCT.

The Director of Search and Rescue, NEMA, Air Commodore Edward Adedokun, said the agency was on ground immediately it received the distress call to coordinate all agencies at the site of the collapsed building.

Related Topics:Abujabuilding collapses
Up Next