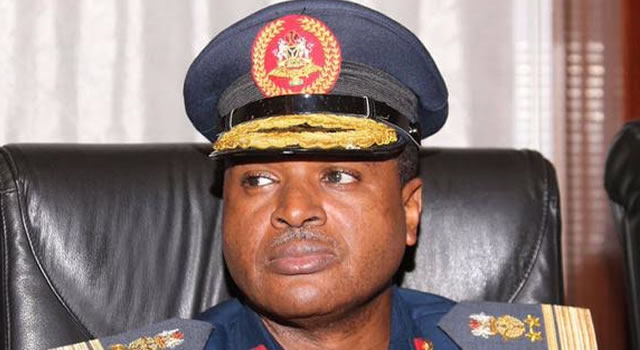 The Zamfara State Council of Chiefs has gone ahead to release names of innocent civilians the Nigeria Air Force (NAF) allegedly killed claiming they were bandits.

The emirs had accused NAF of killing innocent civilians instead of bandits with its fighter jet and helicopter gunship, which launched airstrikes on a rural community in Zamfara.

But NAF had denied killing innocent civilians and challenged the emirs to release evidence that civilians were killed.

Taking up that challenge, the emirs on Wednesday listed names of the said innocent civilians killed by NAF.

The chiefs further said that 11 innocent people sustained injuries from shrapnel when a NAF fighter jet and helicopter gunship struck Dumburum community of Zurmi Local Government Area of the state. The attack took place on April 9, this year.

They went further to list names of 20 people whose houses were destroyed in the air raids.

They made this disclosure at a briefing in Gusau. The chiefs, who were represented by the Sarkin Fulanin [Emir of] Bungudu Alhaji Hassan Attahiru, reiterated their earlier position that NAF attacks hit innocent civilians instead of bandit camps.

Noting they want an independent probe, the chiefs said: “We had a meeting with the Executive Governor and we provided secret information on the suspected armed bandits, kidnappers and their informants and even those doing business with them.

“We suggested that civilian joint task force members should be recruited. How comes that somebody would just come out and say we have not being helping matters?

READ ALSO: Backlash as Shogunle tells Nigerians not to speak ‘Queens English’ to policemen so they won’t be killed

“The crimes transformed from local to more organised ones. The police were earlier deployed and later the military too was deployed. Why is there no respite despite the presence of the military? The soldiers deployed sometimes pay us a visit in the course of their operations.

“It is wrong for the military command to, for instance, deploy only 30 soldiers and ask them to engage hundreds of armed criminals in a forest. That is why sometimes they get killed by these criminals. If NAF do their reconnaissance and dislodge the criminals from their camps, the ground troops should occupy the identified bases of the armed criminals.

“Even the attack on Tsanu village by the military, it was innocent civilians that were killed. We can provide documented evidence, but we don’t want to join issues with security operatives.”

Related Topics:zamfaraZamfara banditsZamfara emirs release of names of civilians killed by NAF
Up Next

Welder gets life sentence for raping 13-year-old in Ondo