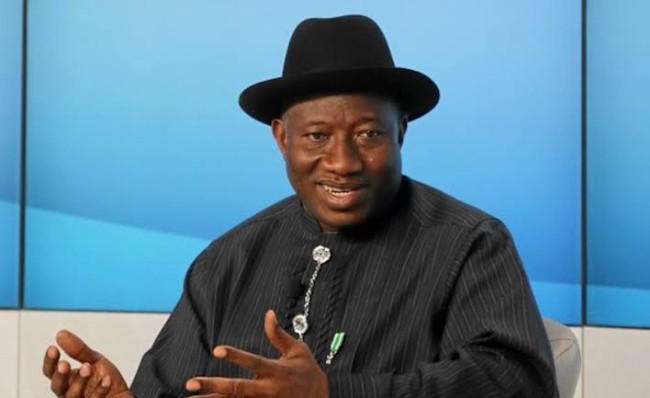 Apex pan-Yoruba socio-political organisation, Afenifere and its counterpart in the South-South, the Pan Niger Delta Forum (PANDEF) have both lampooned former President Goodluck Jonathan over his rumoured defection from the Peoples Democratic Party (PDP), to the ruling All Progressives Congress (APC), amid speculations that he is set to declare his presidential ambition on the APC platform.

Leader of Afenifere, Chief Ayo Adebanjo, while speaking on the rumour on Tuesday in an interacive session with selected journalists in Lagos, said ex-President Jonathan had diminished himself in the eyes of Nigerians and the world by not coming out early to refute the claims of his presidential ambition.

The elder statesman added that he was disappointed with the way the former President has handled the issue so far.

“It is better for him to deny but the fact that he has taken such a long time to deny does not give any credit to him.

“As far as I am concerned, he has diminished himself by toying with the idea in the first place. He should have told the northerners that he was not going to be a party to their politics.

“He should be knowledgeable enough to know that all the tricks of the northerners are to deny the South. He should know. I am disappointed,” the Afenifere chieftain said.

On its part, PANDEF said reports of the rumoured defection of Jonathan to the APC and getting the presidential nomination form from a northern group was not only insulting but a slap to the South.

In a statement by the National Publicity Secretary of PANDEF, Hon Ken Robinson, on Tuesday, the Niger Delta group said the move was just a ruse to truncate the quest for the 2023 presidency to shift to the South-East.

“We see it as one of those political machinations that some political interest groups are deploying for their own interest. It is obvious that if former president Jonathan runs for office and wins, he will spend four years in office and that will be to the advantage of some persons.

“As PANDEF has said before, the former president has not told us that he is interested in running for the office, so our attitude will be to wait until party primaries are concluded and then we will see the choices that are presented to us by the two major parties and we evaluate them and take a position.

“Don’t forget that PANDEF, Afenifere, Middle Belt Forum, Ohanaeze Ndigbo are insisting that power shifts to the South in the interest of Nigeria and anything contrary will affect the unity of Nigeria.

“If the former president wants to run for the office he does not need a group of almajiri or rice farmers or whatsoever to go and buy form for him to be able to run. If he wants to run he has prominent Nigerians, especially from Southern Nigeria.”