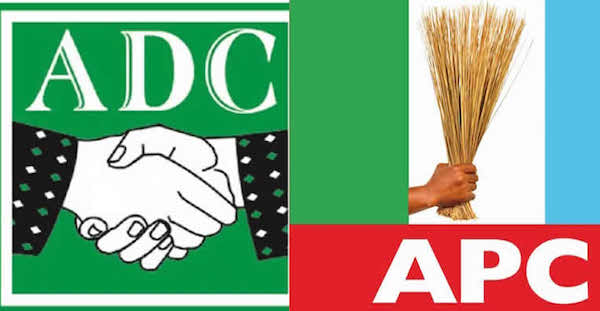 The All Progressives Congress (APC) and African Democratic Congress (ADC) have declared their intention to merge ahead of the 2023 governorship election in Adamawa State.

The two parties worked together in the 2015 election before parting ways over irreconcilable differences.

The Chairman of the APC Caretaker/Extraordinary National Convention Planning Committee in North-East, Prof. Tahir Mamman, who addressed journalists at the end of a meeting between the two parties in Yola, said the ultimate goal of the planned merger was to wrest power from the Peoples Democratic Party (PDP) in the state.

He added that the party would resolve all the grievances among its members ahead of 2023 elections.

Mamman said: “You all knew that APC and ADC were together in power in 2015 and at the end, we broke up which resulted in our failure during the 2019 general elections in the state.

“If we merge, definitely we will succeed since all the stakeholders will contribute to ensure that the party is successful come 2023.”

The APC Chairman in Adamawa, Alhaji Ibrahim Bilal, said the party would soon begin membership registration and urged its supporters to take part in the exercise.

“We all know who we are, we should forgive one another and work together toward our success in 2023,” he said.

The ADC chairman in the state, Alhaji Yahaya Hammanjulde, commended the APC for admitting its previous mistakes.

He thanked the party supporters for their patience, understanding and urged them to continue on the same path ahead of future elections.