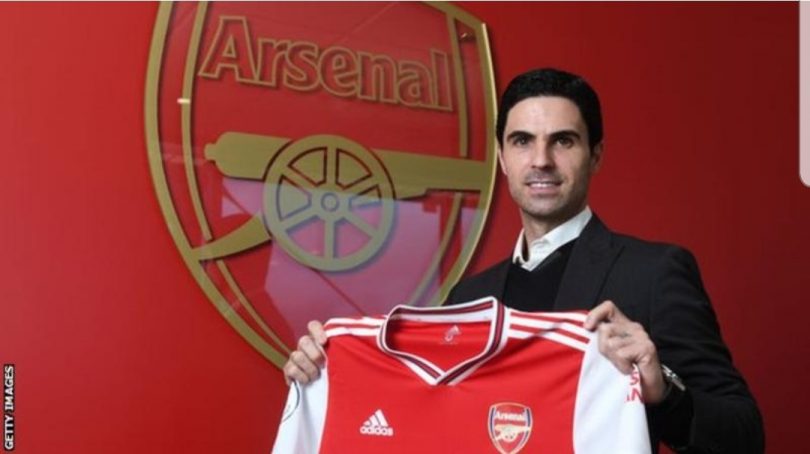 The 37-year-old won the FA Cup twice in a five-year career with the Gunners during his playing days.

He had been working as a coach under Pep Guardiola at Manchester City, joining the club in 2016.

“We need to be competing for the top trophies in the game,” Arteta said.

“That’s been made very clear to me in my discussions with [owners] Stan and Josh Kroenke and the senior people from the club.”

Arteta will however leave Freddie Ljungberg in interim charge for the trip to Everton this weekend.

Arsenal are currently 10th in the Premier League with 22 points.