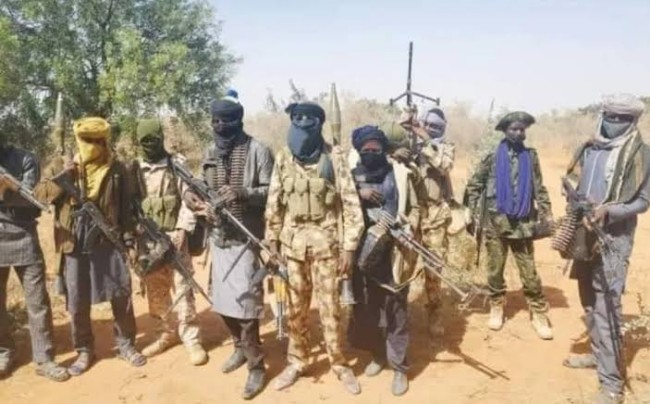 Three days after Zamfara State Governor Bello Matawalle directed the State Police Commissioner to issue licences to residents to acquire guns to defend themselves against bandits, over 30 communities in the state have been attacked and sacked by the terrorists.

News of the invasion was made known on Tuesday by the lawmaker representing Gummi/Bukkuyum Federal Constituency in the House of Representatives, Suleiman Abubakar Gumi, while moving a motion on the need for the military to send more troops to the affected areas in the state to quell the rising bandits’ attacks.

The lawmaker added that in the past one week, residents of about 71 villages have fled their homes while farmers in the state have also abandoned their farms for fear of further attacks by the bandits.

He further said in addition to the increased attacks, the terrorists have also been imposing levies on residents of various communities in the state while demanding ransom from families of those kidnapped.

Related Topics:#featuredBanditsZamfara community
Up Next