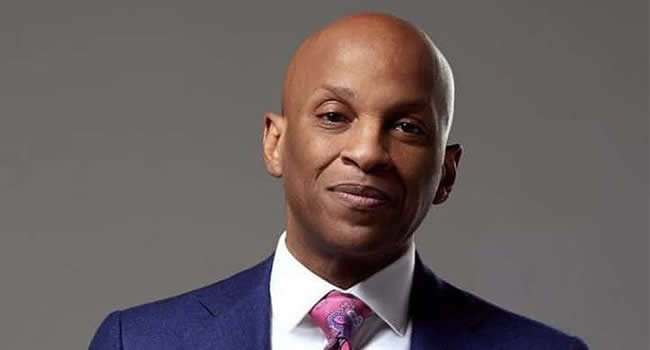 Big Brother Naija star, Ozoemena Joseph Chukwu has been appointed as a youth ambassador for ECOWAS.

Ozo made the announcement on his Instagram page on Saturday, April 3.

Sharing a photo of his appointment letter, the Imo state native vows to fulfil his responsibilities to the best of his abilities.

“They’re no boundaries with an ounce of hope We’re given opportunities in life to influence and impact not only our lives and that of our family but also or society. It’s with great pride and honour that I will continue to be a great Ambassador for ECOWAS and my society. With great privilege comes great responsibility and may we all not stray from this mindset“, he wrote.

Nigerian recording artiste, Dotman has announced the arrival of his first child with his American partner, Madisyn

The singer-songwriter made the announcement via his Instagram platform during the early hours of Friday, April 2.

Veteran American rapper, Earl Simmons popularly known as DMX was hospitalized after he suffered a heart attack on Friday night.

Celeb Gist gathered that DMX has continued to be on life support and was not breathing on his own following the attack.

In time past, the rapper has spoken about his battle with drug addiction and depression. He also revealed that he has checked into rehab on several occasions.

Fans of the British series, Bridgeton have been heartbroken following the announcement that the star of the show, Rege-Jean Page will not be returning to the second season of the fascinating series.

The British-born Zimbabwean actor, Rege-Jean played the role of Simon Basset, Duke of Hastings, on the Netflix series.

“While all eyes turn to Lord Anthony Bridgerton’s quest to find a Viscountess, we bid adieu to Regé-Jean Page, who so triumphantly played the Duke of Hastings. We’ll miss Simon’s presence onscreen, but he will always be a part of the Bridgerton family,” the letter read.

Rege-Jean has also confirmed his exit from the popular series.

Swanky appeared alongside the former American president, Barrack Obama. Others include Elon Musk, Lupita N’yongo, to name a few.

The fashion designer was listed on Forbes 30 under 30 class of 2020 last year For fashion.

Donnie McClurkin opens up on his struggle with homosexuality

American gospel artiste, Donnie McClurkin has opened up on his struggle with homosexuality.

The Grammy Award-winning artiste says he believes his struggle over his sexuality will leave him without the family he always dreamed of.

McClurkin had this to say in a recent interview;

“I didn’t know really what a woman wanted.

I’ve messed up more than I’ve had good.

My past relationships were a sprinkling of everything – men and women.”

“When things get rough I go back into my safe place – my music and my ministry.

“Never having a long-term relationship in my life and never being married, I chalked that up. I will probably be alone for the rest of my life as far as a mate is concerned.”

McClurkin had previously written about his struggles with his attraction to men, blaming his desires on being a victim of child molestation.