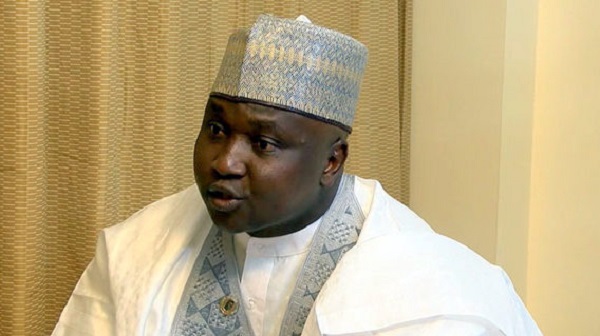 A returnee member of the House of the Representatives, Hassan Ado Doguwa, was on Wednesday sworn in as the Majority Leader of the House.

He was sworn in alongside five other newly elected members of the House who won the rerun elections held last Saturday in 11 states of the federation.

The inauguration was witnessed by some delegates from Kano led by the state Governor, Abdullahi Ganduje.

Also at the Assembly Complex for the exercise were Senator Kabiru Gaya, Senator Barau Jibril, Senator Ibrahim Shekarau and other party leaders from the state.

The Speaker of the House, Femi Gbajabiamila, who conducted the exercise, immediately announced the decision of the All Progressives Congress (APC) caucus to retain Doguwa as House Leader.

The Kano-born lawmaker vacated the seat in November last year after he was sacked by the Court of Appeal who ordered the rerun elections in some federal and state constituencies in the 11 states.

Gbajabiamila said: “By the unanimous contention and agreement, the APC caucus in the House has agreed to return Ado Doguwa as the Leader of the House of Representatives.”

The speaker’s announcement was greeted with prolonged jubilation by the House members who hailed the returnee lawmaker during the inauguration.

Related Topics:APCMajority Leader
Up Next