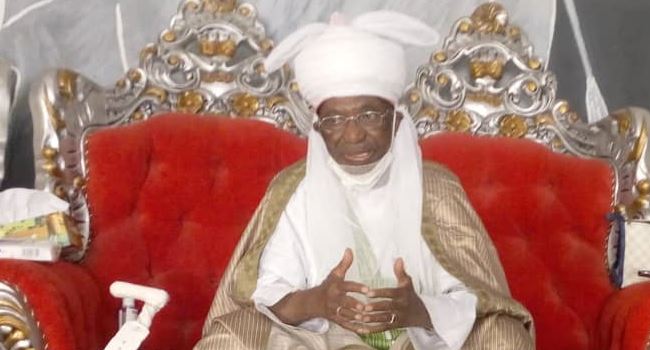 Traditional rulers in Ningi Emirate in Bauchi State, particularly district, village and ward heads have been warned against conniving with criminals to perpetrate evils in the Emirate as witnessed recently.

The warning was handed down by the Emir of Ningi, Alhaji Yunusa Muhammadu Danyaya while briefing traditional rulers and subjects on Thursday declaring that he will no longer tolerate acts of criminality and connivance with criminals such as bandits, kidnappers among others operating in the Emirate.

The traditional ruler who did not hide his displeasure said that the Ningi emirate will not fold its hands and see a situation where bandits are being invited by some traditional leaders and subjects to rob and kidnap innocent citizens in the domain.

The Emir said district, Village and Ward heads were gathered at the Palace to give account of the security situations in their respective communities stressing though that none of the communities are involved in such criminalities.

According to him, the Emirate will not allow aiding and abetting of criminal activities including kidnapping and banditry in the domain.

The Emir stressed that, “We will not relent to deal with any village head found wanting in this regard, because there is no way we can make progress if the traditional leaders are involved in such a dreaded act” .

“I wish to warn any person or group of persons who choose to connive or sympathize with the bandits to perpetuate crime against the law abiding citizens”, he declared.

“We will deal decisively with anybody identified helping criminals under whatever guise no matter how highly placed the traditional leader or persons may be,” The Emir said.

He further explained that the Emirate will continue to hold meetings with stakeholders and security agencies to ensure adequate protection of lives and properties of the citizens in the emirate.

Inusa Danyaya however pointed out that there was no case of abetting and conniving or harbouring criminals experienced in the domain urging his subjects to cooperate with security agencies to discharge their constitutional responsibilities effectively.

He however commended the Bauchi state government for supporting traditional institutions, saying that, “this government has respect and honour for traditional leaders in the state,”.

It will be recalled that recently, Chairman of the Ningi LGC, had told Journalists that in 2020, residents of Burra paid over N70m as ransom to kidnappers in the bid to rescue victims of kidnapping just as he said that the Lame/Burra Games reserves has been invaded and turned into abode for criminal elements.