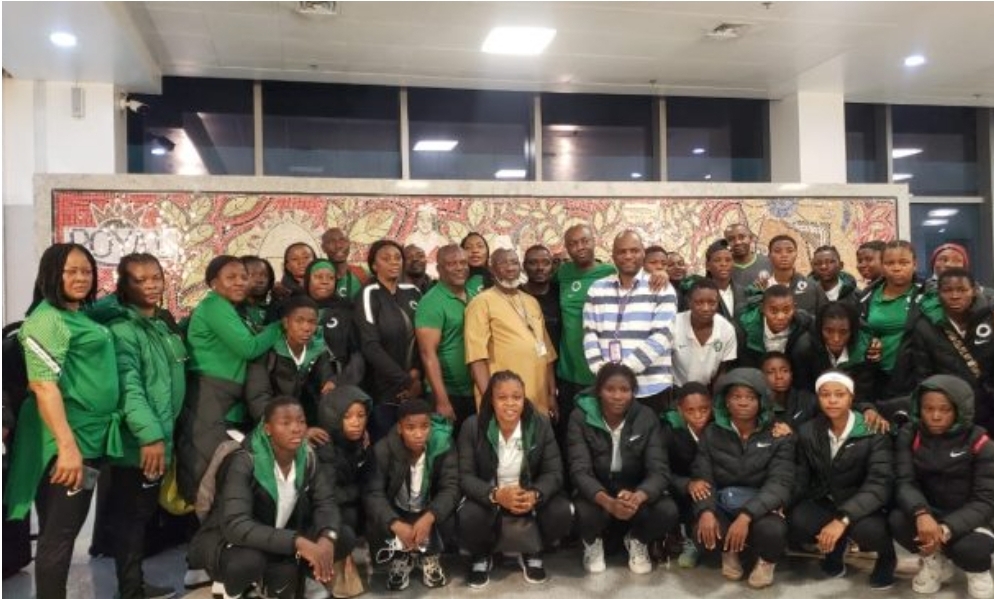 The team, which crashed out of the FIFA U-20 women’s World Cup after losing a quarterfinal clash against Netherlands, had some troubles in their journey back home.

The players and their officials were stranded at the Istanbul Airport for 24 hours due to their inability to secure transit visas.

But the players and their officials were received at the Nnamdi Azikwe International Airport, Abuja by General Secretary of the Nigeria Football Federation (NFF), Mohamed Sanusi and a representative of the Minister of Youth and Sports, Toyin Ibitoye.

“Players and officials of the Falconets well received at the Nnamdi Azikiwe International Airport, Abuja by @thenff staff led by General Secretary @DrmSanusi and Sports Minister representative, @Toyin_Ibitoye
Thanks for your support ❤️,” reads a tweet on the Super Falcons Twitter handle.

The Falconets began their World Cup campaign on a bright note with a 1-0 victory over France before also defeating South Korea 1-0 and Canada 2-0 in the grouo phase of the competition.

But the Chris Danjuma side could not go past the last-eight stage as the Netherlands proved difficult to beat.