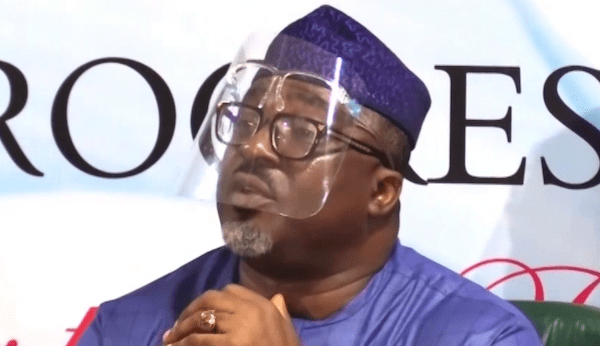 The National Working Committee (NWC) of the All Progressives Congress (APC) led by Hilliard Eta has accepted the decision of the National Executive Committee (NEC) of the party that dissolved it at a meeting led by President Muhammadu Buhari.

The group had, after its dissolution, suggested that they would challenge the decision and outcome of the NEC meeting in court.

However, in a statement on Saturday signed by the former acting National Chairman and National Secretary of the APC, Eta, and Waziri Bulama respectively, the sacked APC leaders said they had wholeheartedly accepted the decision of the party’s NEC.

Their statement read in part, “You will recall that on June 25, 2020, in reaction to the decision to the decision of the National Executive Committee of the party, we issued a statement indicating that we had proceeded to undertake wide consultations with leaders and stakeholders within the party.

“The feedback from our consultations is that we wholeheartedly accept the decision of the NEC of the party.”

The former NWC members said among other things that: “as party men and stakeholders, we do not intend to sustain a group agitation against our party.

“We appreciate the intervention of our revered leader, President Muhammadu Buhari which must have been difficult for him but indeed the action of a true statesman.

“We reaffirm our unalloyed loyalty to our great party and accept the authority of our father and preeminent leader, President Buhari.

READ MORE: The last two weeks have shown me that ‘there is a hand of God that orders things’ —Obaseki

“We have already begun engaging the Caretaker Committee led by His Excellency Mai Mala Buni and assure all that we will not contest their authority but instead work selflessly with the team in its peace and consensus building efforts within our party.

The group went further to say, “We are under no illusion that these are times of uncertainty for many in the party. The dissolution of the NWC was most unexpected but must now be accepted by all as a political solution to a political problem.

“We summon our members across the length and breathe of this country to seize this moment to renew their bonds of progressivism, patriotism, loyalty, sacrifice and integrity which are the foundational tenets of our great party.”

The former national chairman of the party, Adams Oshiomhole, who was under suspension at the time the NWC was dissolved, in a statement earlier, also said he had accepted the decision of the party’s NEC. 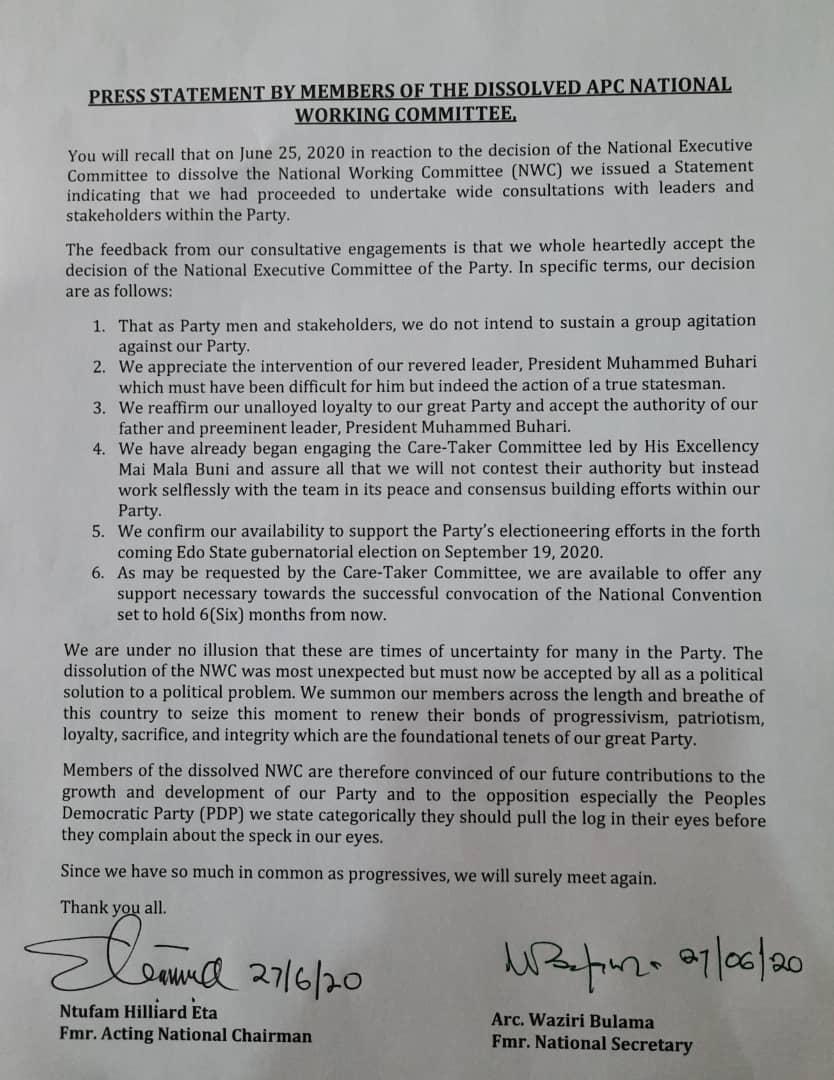