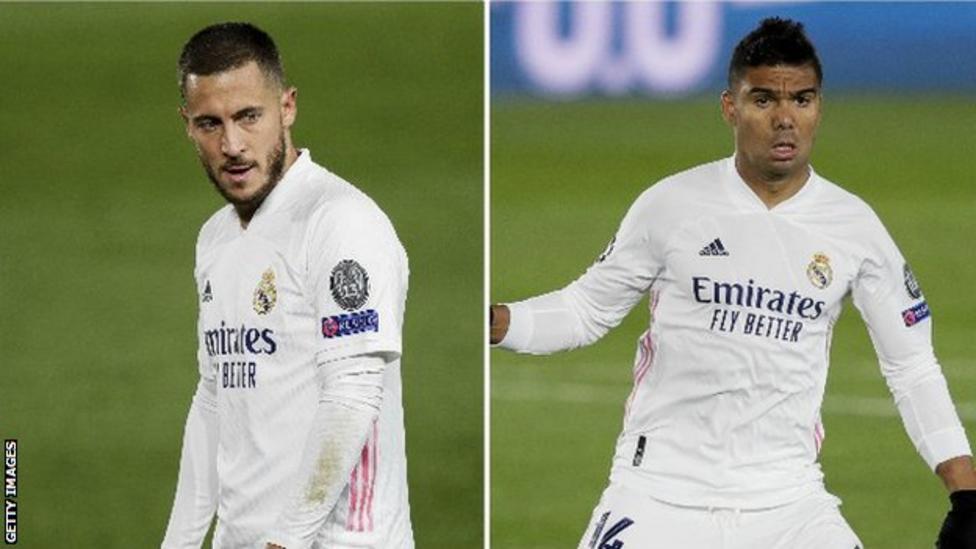 Real Madrid stars, Eden Hazard and Casemiro have both tested positive for coronavirus and will now undergo a period of self-isolation.

This was announced at the weekend by the club, who said that the duo were the only positive results after testing on Friday.

Recall that Hazard limped off after 65 minutes during Real’s 3-2 victory against Inter Milan in the Champions League last Tuesday.

The Belgian and 28-year-old Brazil midfielder, Casemiro, will now miss the team’s Sunday trip to Valencia as they isolate.

Defender Eder Militao had also tested positive fir the virus earlier this week, and is also ruled out of the La Liga clash.

For Hazard, this marks another setback for him at club and country as he had missed the start of the season owing to a series of ankle injuries.