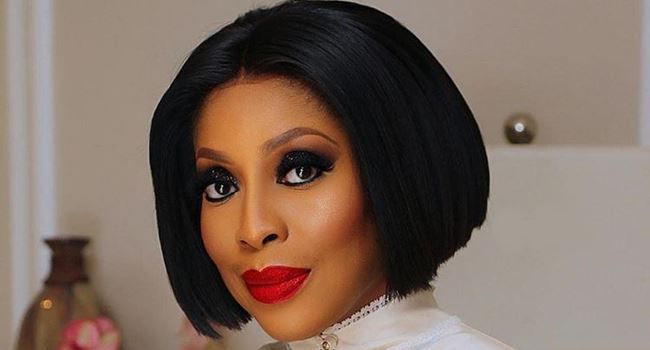 Chairman, Zinox Group, Leo Stan Ekeh is set to open the doors to his premium class Yudala Heights eight storey property on Idowu Martins street in Victoria Island with reports revealing that the interior of the humongous edifice took three years to put together.

We also gather that the Minister of Communications and Digital Economy, Dr. Isa Ali Pantami, will be in Lagos on October 1, to officially inaugurate the prestigious eight-storey Yudala Heights as well as the revolutionary Tech Experience Centre, the first of its kind in Africa located within the building.

Further scoop also reveals that the Tech Experience Centre located within the newly-completed building which costs in the region of N15 billion is widely expected to bridge the gap to cutting-edge technology for millions of Nigerians.

Celebrity Gist can confirm that her revelation was contained in a recently released autobiography which also documented her life as a musician, activist, wife, mother, and politician as well as her formative contact with feminism.

Titled ‘My Father’s Daughter’, the new memoir reveals how the 68-year-old fell in love decades ago and how the union produced her two sons — Tijani and Ibrahim.

“In this book, I am, perhaps for the very first time, setting the records straight with respect to my connubial relationship. Yes, I was married. I married a man I fell in love with in 1984,” she said. “We have two children: Tijani and Ibrahim. (Ibrahim later changed the first letter of his name from I to A, and thus became Abraham.) My husband is Yoruba, and was a Muslim when we met.”

Onyeka Onwenu in the new memoir, also shared how the war — between 1967 to 1970 — affected her life and her family and also documented her years in America, the conflicts that were the products of being a migrant, her experience with workplace sexual harassment, and her decision to quit her job at the UN.

Charles Okpaleke, CEO of Play Network and Executive Producer of the remake of the ‘Rattlesnake: The Ahanna Story’ has revealed that the film will honour late veteran, Amaka Igwe, who produced the original film.

Okpaleke revealed this in a Zoom Conference held days ago and also added that, ‘Rattlesnake: The Ahanna Story’ will surpass the success ‘Living in Bondage’ garnerd as it will ride on the excellence Play Network has come to be known for in the recent past.

Also speaking, Director of the flick, Ramsey Nouah said that the reason Play Network decided to work on Rattlesnake was that the Executive Producer of ‘Living in Bondage’ strongly believed in the work of art.

“His vision is to do remakes of classic Nollywood stories. So with the success of ‘Living in Bondage’, he felt like we should try the others. I just want to say I’m very glad and very happy to be a part of this project, besides that, I want to thank every one of the cast. They made the job easy. We have quite a number of titles already laid out for 2020 and 2021 and probably even beyond,” he said.

CEO of EbonyLife Production Company, Mo Abudu we can confirm has secured another groundbreaking deal with Netflix after she signed a multi-title deal with the American video streaming giant.

“The conversation started months ago, we have been talking about it for ages. But it’s the first of its type on the continent, it’s never been done,” Abudu told The Hollywood Reporter.

Mo Abudu continued, “I pray there are many more [like us], because it will be great to see so many more filmmakers and storytellers empowered on the continent, but we are the first. It’s been wonderful working with them.”

Abudu revealed that the first title in the deal, Netflix original series, Oloture, is set for release next month and would focus on a young Nigerian journalist exposing the world of human trafficking.

She added, “I’ve often said that Africa, as a continent, we’ve remained so quiet. We’ve been so quiet, and our stories have just never been told.

Popular Fuji music act, Abass Akande aka Obesere has taken time-out to reflect on the occasional faceoff between Fuji artistes which sometimes also involve fans of such musicians who engage in war of words.

When asked if such fights are real or just marketing stunts in a recent interview, Obsere said; “There is no way that there won’t be a misunderstanding between the people doing the business. All I know is that everyone is trying to sell his ware. It is not like we are wishing ourselves evil; we are just saying that we are the best. In everything you do, you can’t tell the world that you have been left out; you will always tell them that you are the best.

On his age long face-off with Wasiu Ayinde Marshall aka K1 De Ultimate, Obesere said; “We are colleagues, wherever we see each other, we always say ‘Hi’, ‘Hi’. He appreciates me and I appreciate him as well.

Yemi Alade’s last album titled ‘Woman of Steel’ was released about a year ago and the energetic performer excited her fans across the globe with a hint that she is preparing a new body of work.

The singer in a Twitter post on her official timeline on Tuesday, September 22, announced that she had commenced work on the album, asking people to support her ministry although she kept the details of the album and its release date to herself.