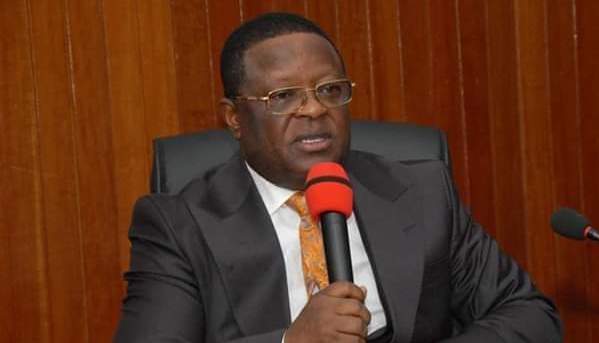 The PDP Publicity Secretary in the state, Silas Onu, who reacted to the development in a statement in Abakaliki, said NANS simply made a mockery of itself by endorsing a man who had zero empathy for the plight of students.

NANS had at its 65th Emergency Senate meeting, held at the Ecumenical Centre in Abakaliki last Thursday, endorsed Umahi as the students’ choice for 2023 presidential race.

However, Onu said the endorsement must be for Umahi to become NANS President in the nearest future since the governor was engaging in the activities that NANS members were known for.

The PDP spokesman argued that no student body worthy of its name would endorse a governor who had zero interest in education and challenged NANS to mention one person that had received any form of scholarship from Umahi’s administration since 2015.

He said: “Last week, social media platforms were bombarded with a sponsored post concerning a badly planned and procured endorsement of Governor Umahi for President.

“My immediate reaction was, President of what? It then dawned on me that NANS and the people (warriors) in Dave’s government are the same. Therefore, it must be an endorsement for the Governor to become NANS President in the nearest future since he is now engaging in the activities that NANS members are known for as a governor.

“NANS, as wrongly portrayed in their commercial endorsement, is actually not a body of students. It is a body of thugs and commercialites who masquerade as students to exploit the ‘mugus’ they can obtain. So, it is not a surprise that a major one has been obtained substantially.

“No student body worthy of its name will endorse a governor who has zero interest in education. Once again, I challenge the governor to mention just one person that has received any form of scholarship from his administration since 2015. There is none and so, I won’t expect any response.”

Related Topics:2023 presidential raceNANSUmahi
Up Next

‘I have five mansions. These are my Grammy,’ Ghanaian artiste mocks Burna Boy, Wizkid