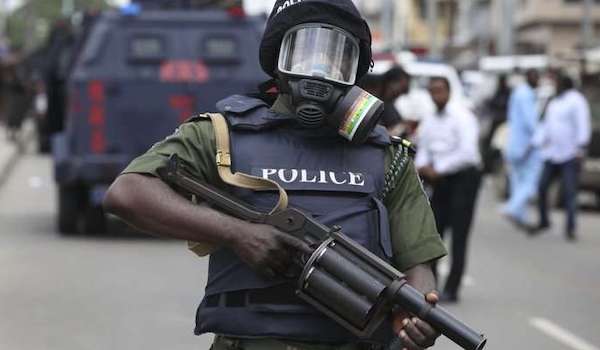 Six suspected ringleaders of a notorious kidnapping syndicate, operating in some Niger Delta states, have been arrested by the police in Bayelsa State.

They were arrested by the operatives of the Inspector General of Police (IGP) Intelligence Response Team (IRT) in collaboration with the Bayelsa State Police Command.

The technical intelligence generated from the IGP Technical Intelligence Unit (TIU) aided the arrest of the criminals.

The arrest was confirmed in a statement released on Monday by the Bayelsa State Police Public Relations Officer (PPRO), SP Asinim Butswat.

According to Butswat, among the Niger Delta states the suspects torment with their criminal activities include Rivers, Bayelsa and Delta states.

He said the suspects had made useful statements and identified other gang members still at large.

The Bayelsa State PPRO listed items recovered from the syndicate to include two Toyota vehicles, pictorial and video evidence of ransom collected from a kidnapped victim.

“Others include Thankgod Manacssh ‘m’ 28 alias Aki man or Axe man from Opobo town in Opobo-Nkoro LGA Rivers state. He is the 2nd in command of the deadly Iceland confraternity. Ogeneima Omoni ‘f’ 24 from Ogbokuma Community Abua/Odual LGA, Rivers state. She is a member of the syndicate & cooked for the kidnappers in their den, and Chimaobi Nmeribe m 47 from Umuahia-South LGA, Abia State.”