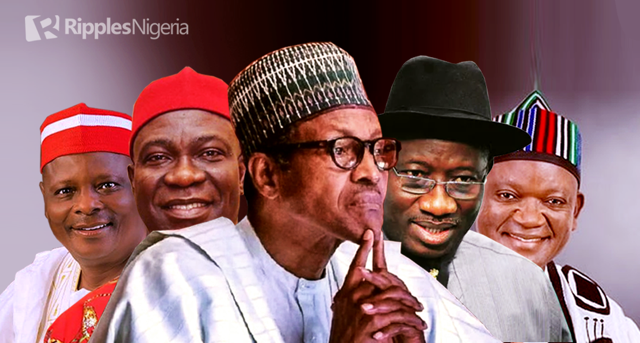 President Muhammadu Buhari said last week his government had spent $1 billion on the fight against the Boko Haram insurgency.

On January 18, Buhari said the huge costs incurred by his administration in the fight against the terrorists were aimed at ensuring the safety of Nigerians, especially in the Lake Chad Basin.

The president, who disclosed this shortly after receiving an award for strengthening peace in Africa at a forum in Nouakchott, Mauritania, said: “When I assumed power in 2015, Boko Haram held about two-thirds of Borno State, half of Yobe State, and a couple of local government areas in Adamawa State, all in the North-East of Nigeria.
“We have been able to retrieve these swathes of territories by investing over $1bn to acquire hard and software weaponry from the US and other friendly countries to carry out sustained operations against insurgency since 2015.”

Without a doubt, the president’s remark highlights how the war against the Boko Haram insurgency constitutes a drain on the country’s resources in the last seven years.

It also illustrates how Nigeria’s ongoing battle with insurgent groups and continued government corruption threaten the country’s stability with claims on how funds earmarked for the procurement of military equipment ended in private pockets remaining largely unresolved.

The inability of the government to move against corrupt elites profiting from the conflict in the North-East and almost driving Nigeria to the abyss has remained a sour tale in the mouth.

The New Nigeria Peoples Party (NNPP) presidential candidate, Rabiu Kwankwaso, on January 18 explained why talks on the alliance between his party and the Labour Party broke down last year.

In a series of tweets on his Twitter handle, the former Kano State governor said the alliance stalled because Labour Party had been at the peak of media popularity.

He insisted his party would command national support and win next month’s elections.

Kwankwaso wrote: “On Labour Party, I was initially interested in working with them, but at that time, they were at peak of the media hype and we couldn’t reach a compromise. Our party (NNPP) is a National Party, and we’re commanding the support of the masses.”

Kwankwaso’s statement confirms that the talks between the two parties broke down due mainly to narrow group differences and the inability of individuals behind the proposed alliance to put aside their ego for a collective goal.

This, therefore, means that the quest for power is ultimately defined by individual or group interests.

It remains to be seen if either of the two parties will tear the form book to shred by upstaging the All Progressives Congress (APC) and Peoples Democratic Party (PDP) without the alliance next month.

The Benue State Governor, Samuel Ortom, on January 19 identified arrogance on the part of the Peoples Democratic Party (PDP) National Chairman, Iyorchia Ayu, as the major cause of the crisis in the major opposition party.

The governor, who addressed journalists at a media briefing in Makurdi, told the PDP supporters to blame Ayu if the G-5 decides to endorse the candidate of another party at the ongoing consultation.

READ ALSO:QuickRead: Okupe’s conviction for money laundering. Four other stories we tracked and why they matter

He said: “There are many ways of addressing issues even when you are not able to meet the demands of a group or individuals, you will find a way of meeting…

“Where people decide to be arrogant, where they decide to be mischievous and do things as if the other person does not exist and try to do some things with impunity, as if they have won the election, and they don’t need any other person, it becomes a problem.”

About one week after Ortom decried the lackadaisical approach of the PDP leadership to the crisis, the governor might have ruled out a reconciliation between his allies and the party with his latest remark.

The statement, therefore, points to the enormity of the task that lies ahead of the PDP leadership in a bid to forge a common front in time for the election.

The judge, who delivered the ruling in an application for forfeiture filed by the Economic and Financial Crimes Commission (EFCC), said the initial ruling was fraudulently obtained and not done in good faith.

He, therefore, struck out the application.
Justice Ekwo said: “I do not think that the desired objective of the legislature in enacting the provision of Section 17 of the Advance Fee Fraud and Other Related Offences Act (AFFOROA), 2006 relied upon by the respondent in initiating the proceeding to obtain an ex-parte order of interim forfeiture order was for the provision to be used in any circumstance where the person affected is not in a position to defend himself or show cause as required.”

The ruling again illustrates the technicalities associated with the dispensation of justice in Nigeria with the propensity of a case to be turned on its head in a split second.

5.Jonathan’s warning on the 2023 elections

Former President Goodluck Jonathan on January 17 expressed concern over the politics of bitterness and negative energy being exhibited by the political class in the build-up to the 2023 general elections.

The ex-president, who spoke at the inauguration of the 1.15 km Afi-Uko Nteghe Uda Bridge in Mbo Local Government Area of Akwa Ibom State, said such politics was inimical to the development of Nigeria.

He said: “I am a bit worried by the negative energy generated ahead of the 2023 elections. We have noticed a level of bitterness in our politics that does not bring development, and I plead with politicians to realise that politics is about marketing your ideas. Politics is not about fighting, insulting, or abusing.”

Jonathan’s remark speaks to the win-at-all syndrome that has become the hallmark of Nigeria’s electoral process, with intemperate language and violence now the common features of elections campaigns across the country.

This, therefore, reinforces the need for parties to rein in candidates and prevent them from heating up the polity or escalating tension in the country in the days leading to the elections.

QuickRead: ICPC’s scorecard on MDAs. Four other stories we tracked and why they matter