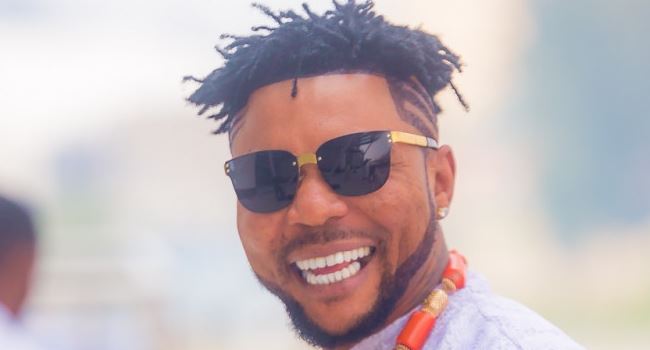 Senator Danjuma Goje has finally gotten his groove back after he picked a new partner, Engineer Aisha Dahiru Binani, three years after he lost his first wife, Yelwa to the cold hands of death.

We gather that the former governor of Gombe and political leader of the ruling All Progressives Congress (APC) in the state, got married to Aminatu in an occasion graced by Senators Ahmed Yerima, Aliyu Magatakarda Wamakko, Gabriel Suswam, Abdullahi Adamu and a former governor of Jigawa state, Sule Lamido were also present.

Celebrity Gist can also confirm that Senator Goje’s new bride, Aminatu is the current Group Managing Director of the Binani Group of Companies, a thriving conglomerate in northern Nigeria and a sister to another senator representing Adama Central Senatorial District in the Nigerian Senate, Engineer Aisha Dahiru Binani.

Universal Music recording artiste, Tiwatope Savage has told those who care to listen that ‘Koroba’ a song off her latest album titled ‘Celia’ does not promote prostitution as percieved in some quarters.

The mother of one was moved to set the records straight when a critic on Twitter accused her of promoting transactional sex in the first verse of the song.

The first verse of the song in question goes thus; “I no come this life to suffer. If I follow politician, you go hear am for paper, them go call am prostitution.

“Who no like enjoyment, if money dey for pocket, shebi na national budget o, we go blow am like trumpet.”

However, the singer and songwriter who sought to defend her choice of lines and lyrics in the song said on Twitter that she in no way promoted prostitution saying her song is being misinterpreted and the current view held about the track is a misconception.

Street hop singer, Oritsefemi has been accused of domestic violence after reports emerged that he has been physically abusing his wife Nabila Fash, which has thus forced her out of their matrimonial home.

We gather that Oritsefemi has now taken up the fight to get his wife back after it was revealed that she is now putting up with her friend Caroline Danjuma who also took to social media to insinuate that domestic violence and drug abuse are the reasons for her friend’s marital crisis.

However, Oritsefemi has also thought it wise to tender a public apology to his wife, begging her to return home and also called out Caroline Danjuma, accusing her of being behind his marital crisis.

”Forgive me my love I miss you daily boo. I truly miss everything about you; make una help me beg her please. I need to enter street for this #endsars Na me really fit this sars people,Na them father I be … person gats fist him home before him focus outside.. I beg my people make una beg her for me… am deeply sorry Nabila … I love you from the bottom of my heart,” he wrote.

“@Carolynahutchings is the evil between Oritsefemi and Nabila… Don’t get carried away with fake gist.”

“Caroline this is the beginning of your problem in life. Get ready for it,” Oritsefemi added.

The organisers of the annual Best of Nollywood (BON) have announced that film industry icons, Larry Koldsweat, Taiwo Lycett Ajai, will be specially recognised and presented with an award of excellence at the 12th edition.

According to Seun Oloketuyi, founder, BON Awards, the three Nollywood icons to be specially awarded are being recognised for their numerous contributions to the art of film in Nigeria, while the late Jimoh Aliu will be awarded posthumously at the event slated to hold in Ekiti State come December 5.

Oloketuyi stated that while Pa Jimoh Aliu, who passed on September 17, is being awarded posthumously, “it is in no way belittles his efforts in building the Nollywood we have today. Instead, it is a reminder of the indelible mark he made in the industry and on its practitioners in the last 50 years”.

One-half of the defunct group, P Square, Peter Okoye has revealed to his teeming fans when his next album which has been in the works will eventually hit music shelves.

Addressing his fans and social media followers via Twitter, the artist known for songs such as ‘Beautiful Onyinye’, ‘ Shikini’ among others wrote: “Hello!. Remember it’s 20/11/20 THE PRODIGAL ALBUM.”

Nigerian music acts have continued to make waves with their craft with Burna Boy and Rema set to battle to win the Best African Act category of this year’s MTV EMAs Award.

The pair will slug it out with other African acts including Master KG, Kabza de Small, DJ Maphorisa all from South Africa; Sheebah from Uganda, and Gaz Mawete from Democratic Republic of The Congo, in the race to win the Best African Act category.

Close watchers are expecting a fierce competition for the Best African Act category with both Burna Boy and Rema being the most consistent in the past two years churning out hit songs while South Africa’s DJ Maphorisa has also done well for his burgeoning music career.