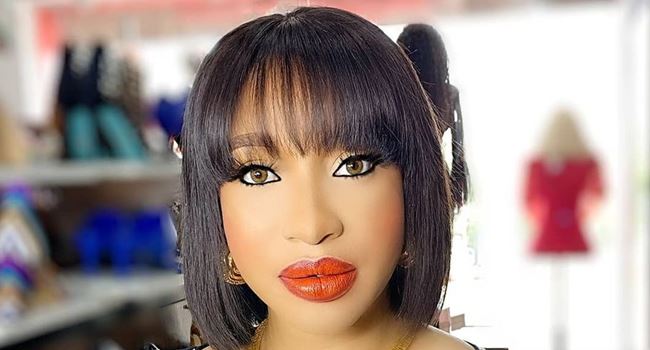 Nollywood actress, Tonto Dikeh has finally reacted to the news of her ex-husband, Olakunle Churchill getting married to his personal assistant, Rosy Meurer.

Tonto Dikeh who ended her marriage with Churchill in 2017 explained in a post that she refuses to be livid at the news. Instead, she admonished her followers to remain positive and keep living their best life.

The actress maintained that she is happy with her life, regardless of the negative events that are ongoing around her. The Port Harcourt-born actress stated that she wished she learnt a couple of things earlier in her life.

Here is what Tonto stated on social media;

“It’s okay for you to be angry about what happened to you, just don’t let your anger make you like the one who broke you.

Stay true to yourself.”

Churchill had revealed on Monday that he has married Rosy Meurer. He called her ‘Mrs Churchill’ in an Instagram post celebrating her.

Djokovic fights back to beat Zverev, through to Australian Open semis