Home » Politics » We did not endorse Ndume for Senate presidency, Borno elders ‎clarify 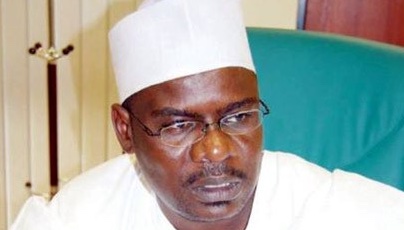 Ripples Nigeria had on Monday reported that a group said to be made up of the governors, former ministers and other leaders of the All Progressives Congress (APC) in Borno State, Concerned Borno Citizens, declared their unalloyed support for Senator Ali Ndume’s aspiration to become the next Senate President.

READ ALSO: SENATE LEADERSHIP: Ndume not giving up without a fight, gets backing of Borno elders

However, BEF Secretary, Bulama Mali Gubio, made a clarification, explaining that is was necessary in view of repeated media reports that prompted diverse reactions and enquiries from citizens of the state.

Gubio said the forum had ignored an earlier news report last week claiming Borno elders had endorsed Ndume but with the second report this week, the forum became concerned.

“First of all, the Borno Elders Forum holds distinguished Senator Mohammed Ali Ndume in very high esteem as an accomplished son of Borno state,” he said.

“However, the forum will want to issue clarification to forestall any more confusion. Last week, there were media reports claiming that Borno elders had endorsed the aspiration of Senator Ndume for the president of the ninth Senate.

“When we saw that report, we felt there was no need to respond to it since Ndume is a son of Borno and like other sons and daughters, he is entitled to the support of Borno elders.

“To our surprise, this week, we saw another round of media report claiming that Borno elders have for the second time endorsed Ndume’s aspiration.

“Although the reports bear the names of other people in the state, it is however public knowledge that whenever the phrase ‘Borno Elders’ is mentioned, what immediately comes to mind is the Borno Elders Forum which has gained prominence as a pressure group that promotes and defends the interest of Borno sons and daughters,” Dr. Gubio added.

“We have received so many calls in reaction to the first and second news reports of endorsement for Ndume and we felt it was necessary to clarify that.

“While we have no objection to the aspiration of any Borno son or daughter, our forum did not endorse Senator Mohammed Ali Ndume for the Senate presidency and the forum has also not endorsed anyone for whatever aspiration at the National Assembly. The Borno Elders Forum is made up of highly educated, versatile and experienced persons.

“The forum has people who are familiar with politics and we are aware that citizens of Borno State have diverse and even conflicting aspirations for principal offices at the ninth Senate.

“For instance, we are aware the one of our sons from Biu, Hon. Betara Aliyu, is aspiring to become Speaker of the House of Representatives. If people assume that Borno elders have endorsed Ndume, it is like saying we are opposed to Betara’s aspiration because it will be politically foolish to endorse two sons for the Senate presidency and Speaker of House of Reps at the same time. We also know that some of our sons have open and quiet aspirations.

“In addition to that, in our political history, Borno and Yobe states are one and the same. Yobe was carved out of Borno in 1991. Majority of Yobe leaders have houses in Maiduguri.

“We don’t oppose each other in public. It is against our tradition as elders of Borno and Yobe states to oppose our sons.

“We support all of them or we keep silent. I will call on whoever is using the name of Borno elders to please understand our history and promote our peace and unity,” Gubio concluded.