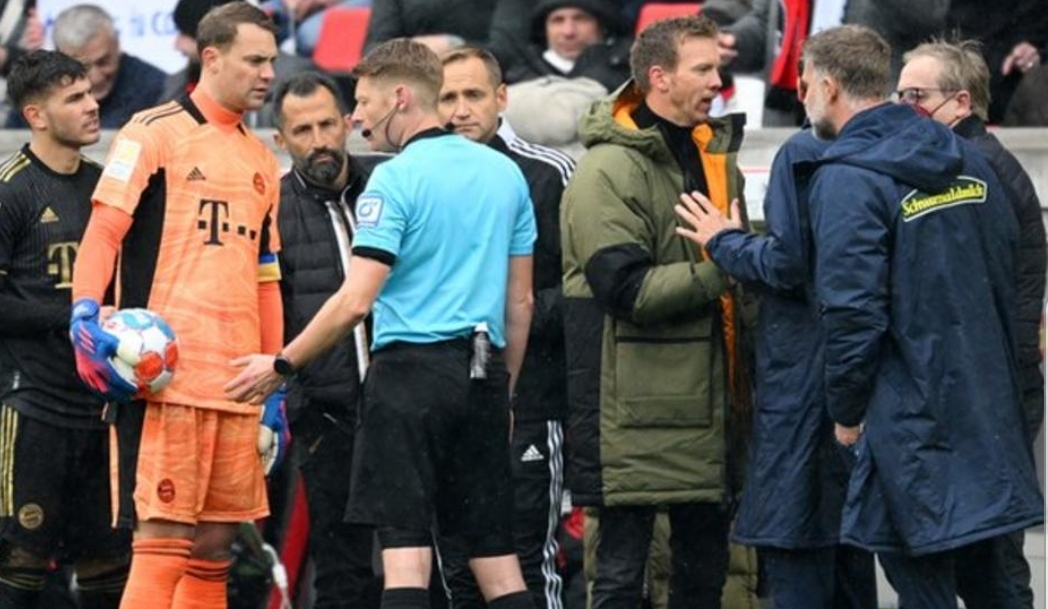 Bayern Munich will not face any punishment for having 12 players on the pitch for 17 seconds during their Bundesliga game against Freiburg last weekend.

Bayern clinched a 4-1 victory over their opponents to hold strong to the summit of the German topflight.

There was confusion after the error was spotted during the game.

The fourth official showed the wrong number on the board, which meant Kingsley Coman did not know he was supposed to come off in a late change.

The centre referee added eight minutes of play after the regulation time for this reason.

The incident occurred when Niklas Sule and Marcel Sabitzer both came on in the 86th minute, but only Corentin Tolisso came off.

The officials were quickly alerted of the mix-up and there was a long delay amid lots of confusion while it was sorted out.

The German Football Association (DFB) ruled the incident was the fault of the officials and not Bayern’s and so the club would not be punished.

“The DFB sports court has decided Bayern Munich cannot be blamed for the introduction of a non-eligible player,” the DFB said in a statement.

“It is more down to the mistaken behaviour of the officials that a 12th man was introduced and the game continued.”

Bundesliga leaders Bayern are nine points above second-placed Borussia Dortmund with six games left to wrap off the season.