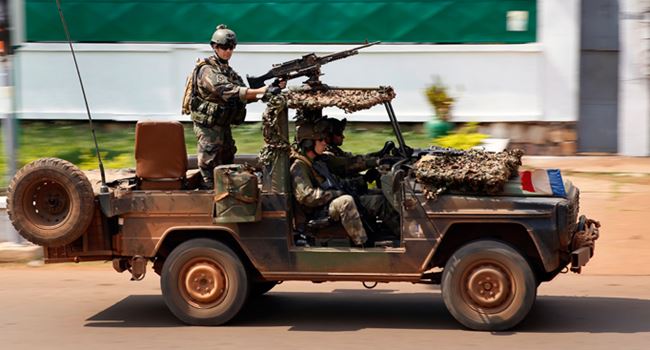 Authorities in the Central African Republic have confirmed the killing of no fewer than 44 rebel fighters during a heavy exchange of gunfire.

This was confirmed on Monday by the government spokesman who told the French news agency that the rebel fighters had surrounded the capital, Bangui, in an attempt to overthrow the new administration.

The government spokesman also added that CAR troops were able to neutralise the rebels and captured the village of Boda with the help of Russian paramilitaries.

This came weeks after three Burundian peacekeepers were killed in CAR by unidentified “armed combatants” as rebels in the war torn country called off truce with the government.

The death of the three Burundian peacekeepers was confirmed in a statement by the United Nations which revealed that they were shot dead hours after a rebel coalition fighting the government called off a unilateral truce.