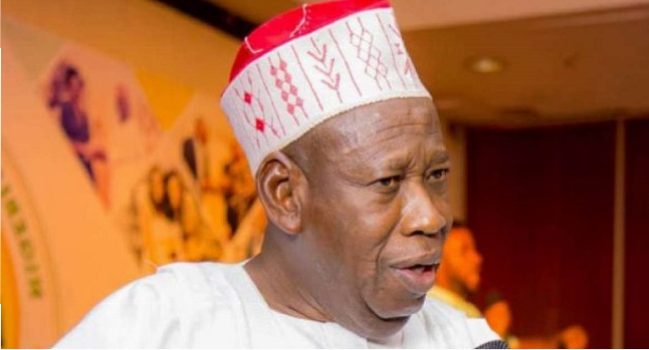 The Governor of Kano State, Abdullahi Ganduje has said that there is no truth in reports of bandits’ presence in Falgore Forest.

Ganduje made this statement on Wednesday via an interview with BBC Hausa.

He further confirmed that he has been working hand in hand with the governors of Bauchi and Kaduna states to redress the security challenges.

He added that another vital effort by the government to address the security challenges was the introduction of Community Policing.

“We hope everyone will be involved in addressing the security challenges in the country. And as promised by the federal and state governments to end the problem, we hope that this will be the case.”

“Journalists did not report accurately on what we said. What happened was that when Sambisa Forest was attacked, I told President Buhari that I had predicted that if they were dispersed there, they would enter the rest of Nigeria’s forests to live.

“We in Kano State also have a large Falgore Forest, so I want him to allow me to set up a military training camp in it.

“We’ve spent billions on this jungle right now so there are a lot of buildings, and the military has started training soldiers there.

“So I went to Abuja to tell what was happening and what has been done, not to complain that bandits are in the forest. So there are no terrorists in the bush at the moment, you know,” Ganduje said.