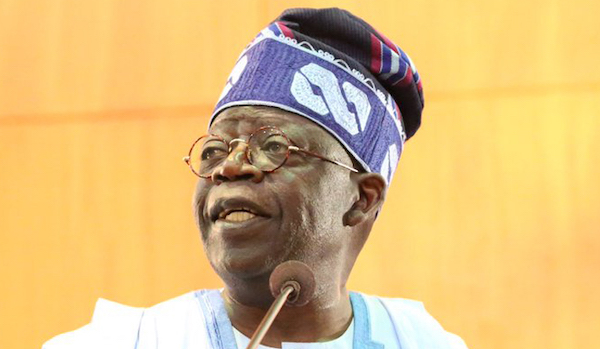 The National Leader of the ruling All Progressives Congress (APC), Bola Tinubu, on Saturday called for unity and decisiveness in order to tackle the farmer-herdsmen crisis in the country.

Tinubu, who made the call in a statement issued by his media aide, Tunde Rahman, said the farmer- herdsmen dispute had taken an acute and violent dimension that had led to the death of many innocent people in the country.

He said although enhanced security measures are the necessary first step to address the problem, it could not be the only step.

Tinubu said: “This matter is not ethnic in factual origin or actual causation although in the minds and hearts of too many it has become ethnic in recrimination and impulsive action.

“There have been sporadic disputes in the past but this one is more severe. The reasons for the greater violence of this current dispute are myriad.”

The ex-Lagos governor stressed that while the farmers have the right to farm on their land unmolested the herdsmen should also be allowed to raise their livestock without undue interference.

He, however, added that when a conflict between these groups arises to such an extent, the nation must set forth clear principles and policies to remove the tension and allow both to proceed toward their stated goals, live in harmony, and according to their respective rights.

The APC chieftain urged government at all levels to ensure that unoccupied public land are fenced into grazing areas or ranches and leased to herdsmen on a very low-cost and nominal basis.

Tinubu noted that the crisis has aggravated ethnic sentiment and political tension and despite the efforts of some of those in positions of responsibility and public trust, the crisis has not significantly abated.

“Sadly, others who should know better have incited matters by tossing about hate-tainted statements that fall dangerously short of the leadership these people claim to provide.

“Because of the violence that has ensued and the fretful consequences of such violence, if left unabated, we must move in unison but decisively to end the spiral of death and destruction.

“Only when the violence and the illogic of it are halted can logic and reason prevail. Until the violence is rolled back, we cannot resolve the deep problems that underlie this conflict.

“We will neither be able to uplift the farmer from his impoverished toil nor move the herder toward the historic transformation which he must make,” he added.

No more amnesty for bandits, others in Benue – Gov Ortom