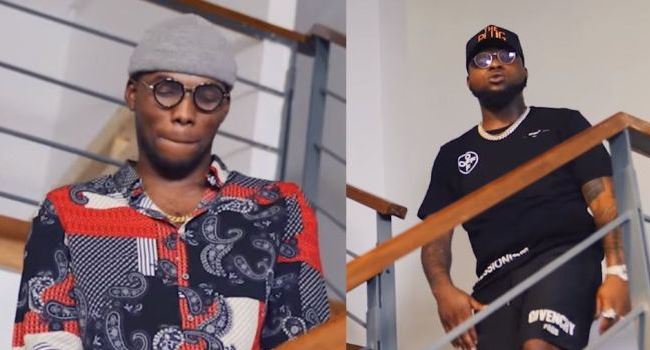 Earlier in the week, there were reports that ‘Jowo’, a song performed by the singer, Davido and featured on his 3rd studio album, A Better Time originally belonged to Victor AD.

Singer Victor Eugenie Adere, aka Victor AD or Red Eye has since denied the viral rumour that he wrote the song ‘Jowo.”

Victor AD came to realisation of the uproar on social media and decided to clear every doubt and put all false wagging tongues to bed.

The “Wetin we gain” singer emphatically stated he did not write the song “Jowo” and was baffled at where the viral rumours emanated from.

He advised that people should allow “Omo Baba Olowo” crooner bask in the euphoria of his celebration as a performing artiste for uninterrupted 10years.

Here is what the singer tweeted;

“Omo no be me write JOWO for @davido. I don’t know where all this is coming from. Make una let baba celebrate him 10yrs in peace #olofofo.”

Meanwhile, social media users have continued to celebrate Davido who made his debut in the music industry, a decade ago with the breakthrough single, ‘Back when’ featuring rapper, Naeto C.

He has since become one of the bestselling Afrobeats artistes in the entertainment scene, garnering numerous awards and promoting the Nigerian culture across the globe.

Related Topics:davidoJowoVictor AD
Up Next