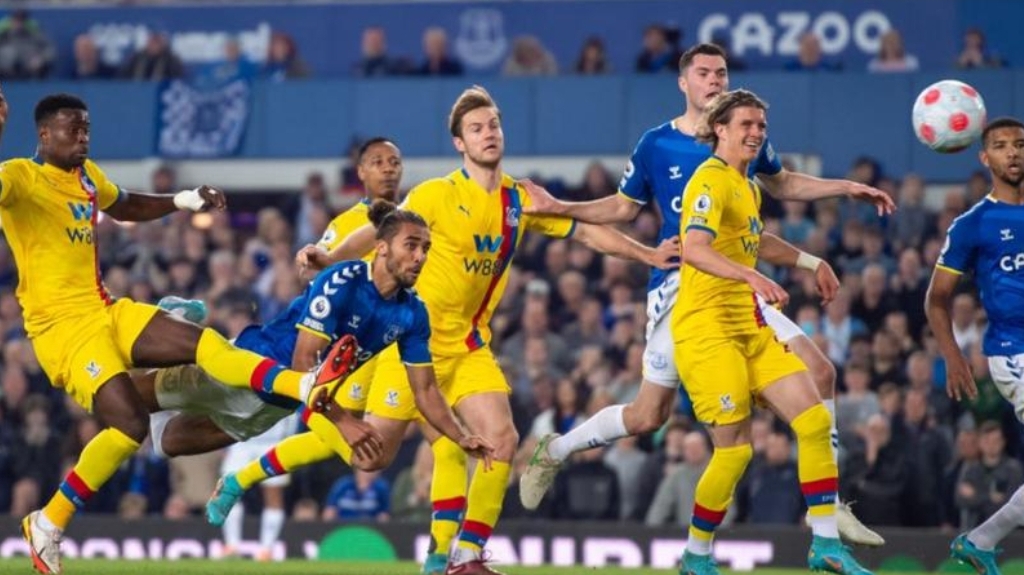 Super Eagles forward, Alex Iwobi was in action for Everton in their incredible victory over Crystal Palace that saw them come from two goals down to win 3-2 on Thursday night.

The game played at Goodison Park was going to be a decider for the Toffees, who needed the win to seal their place in the Premier League next season.

Jean-Philippe Mateta opened the scoring on 21 minutes to put Palace ahead before Jordan Ayew compounded Everton woes before the break with a second goal.

But it was a game of two halves as Frank Lampard’s men turned the game around, scoring three goals in the second half to complete a stunning comeback.

Goals by Michael Keane, Richarlison and Dominic Calvert-Lewin handed the hosts an incredible victory that sealed their escape from relegation this season.

Everton, who had suffered tremendously this season, will now continue their 68-year stay in the English top flight.

The excitement boiled over as fans descended on the pitch to celebrate, with blue mist shrouding the stadium as smoke flares were let off.

The crucial result avoided the kind of final-day nerves that Everton fans had to experience in 1998 and 1994, where the team preserved their Premier League status.

Everton will take on Arsenal at the Emirates Stadium on Sunday as the league comes to close for the season.

In other Premier League games on Thursday night, Burnley played 1-1 with Aston Villa while Chelsea were also held to a 1-1 draw by Leicester City.

Related Topics:Alex IwobiEvertonPremier League
Up Next